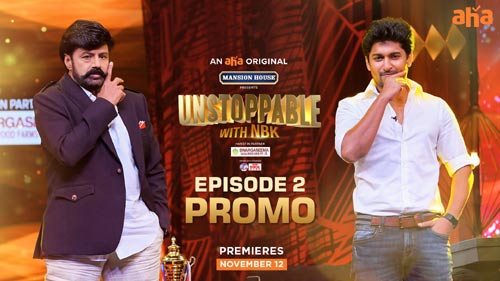 Balayya’s new show Unstoppable started with a bang with Mohan Babu coming in as the first guest along with his family.

With the first episode being lauded well, the makers have revealed the second promo and it is with natural star Nani.

Balayya plays cricket with Nani and also mouths the latter’s film dialogues in the promo. The show also shows Balayya’s funny angle and Nani takes it a notch higher with his honest answers.

Balayya is also seen pulling Nani’s leg in the show and all this is shown in glimpses in the teaser which has now gone viral.