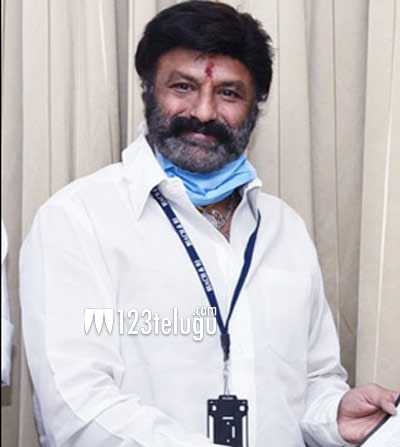 After kick-starting his new project with director Boyapati Sreenu, Nandamuri Balakrishna was not seen in any public gatherings. Later, due to the lockdown situation, the film’s shooting was stalled for a brief period.

But today, the Natasimha made a public appearance to donate fund to Telangana minister KTR in order to fight against the deadly Coronavirus.

Seen in a lean shape with thick mustache and light beard, Balayya instantly impressed with his makeover looks. Though his getup in the film is kept under roofs, Nandamuri fans have already started drooling on their hero’s look in the film.

Have to wait for a few more months to get a clear picture of Balayya’s look in Boyapati’s film.