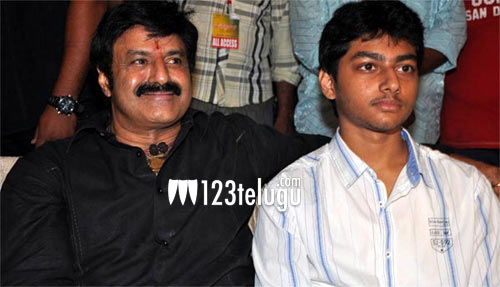 Hero Balakrishna’s son Mokshagna’s acting debut has been a hot topic for the last few years. The Nandamuri father-son duo was very close to sharing screen space with each other in veteran legend Singeetham Srinivasa Rao’s Aditya 369 sequel, Aditya 999. However, the project has been put on hold due to reasons unknown. Since then, there has been no official update on Mokshagna’s debut.

In a latest interview on the occasion of his 61st birthday, Balakrishna opened up about his son’s silver screen debut. Balayya confirmed that Aditya 999 is very much on and that he and his son will be acting in it. The star hero also dropped a hint that he will be directing this crazy project.

Balayya went on to say, “just like how my father introduced me, I am going to launch my son in the film industry. But I will not do a series of movies with him. One film with me is enough for Mokshagna.” The doting father also added that he will use all his experience to help Mokshagna prosper in the industry.