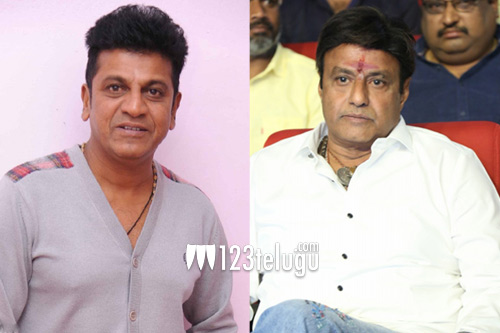 That senior hero Balakrishna and Kannada star Shivarajkumar share a good rapport with each other is a well-known fact. In fact, Shivarajkumar obliged Balakrishna’s request and played a special cameo in Balayya’s 100th film, Gautamiputra Satakarni.

And it looks like it’s Balayya’s turn now to play a cameo in Shivarajkumar’s soon-to-commence 125th film, Bhairathi Ranagal. Apparently, upon the film’s director-producer Narthan’s proposal, Shivarajkumar recently requested Balayya to play a special cameo in his 125th film. Balayya was more than happy to be part of his good friend’s landmark film.

Balayya took a few days time to chalk out his dates, before giving his green signal to the cameo eventually. If things go as planned, Bhairathi Ranagal will mark Balayya’s debut in Sandalwood.