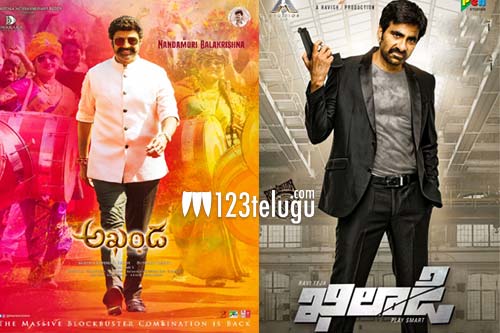 Star heroes Balakrishna and Ravi Teja are gearing up for the release of their upcoming action entertainers, Akhanda and Khiladi. Both the movies were earlier scheduled to release on May 28, but the Covid second wave had disrupted the release plans.

Now, the latest buzz in Tollywood circles is that Akhanda and Khiladi will once again be clashing with each other at the box-office. Both the movies are tentatively scheduled to hit screens on November 4, as a Diwali festive treat. However, we will have to wait until the makers come up with an official announcement regarding the release dates.