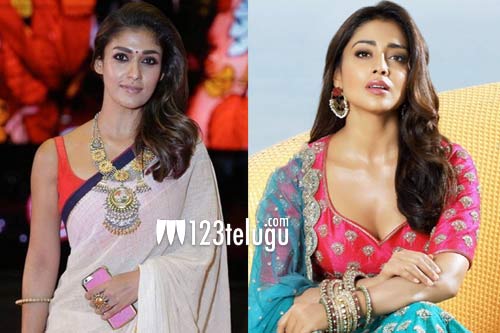 After being delayed for several months, the much-talked-about hat-trick film in the combination of Balakrishna and Boyapati Srinu will finally be going on floors from February 15. Expectations among fans and trade circles are very high, as the duo’s previous movies, Simha and Legend, were huge blockbusters.

Until recently, there were several speculations about the film’s leading lady. And the latest buzz is that Balayya will be romancing two star heroines, Nayanthara and Shriya, in this as-yet-untitled film. Incidentally, both Nayan and Shriya had earlier paired with Balayya in a few movies. Let’s wait for an official announcement. Miryala Ravinder Reddy is bankrolling this high budget entertainer.