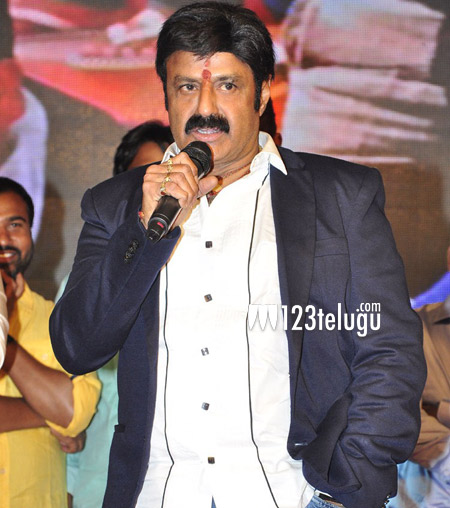 Nandamuri Balakrishna unveiled the audio album of Nara Rohith’s soon to be released Savitri in Hyderabad last night. Speaking on the occasion, Balayya enthralled his fans with his usual energetic speech and wished the entire team for the film’s success.

Rohith revealed that Balayya has always been a pillar of support ever since the release of his first film, Banam. The young hero expressed confidence on the film’s success and hailed the team’s hardwork in bringing out a quality output. Rohith concluded his speech with a “Jai Balayya” slogan.

Savitri’s audio album is composed by young and talented music director Shravan. The film has been directed by Pavan Sadineni and produced by VB Rajendra Prasad. The film is slated for a March 25 release.