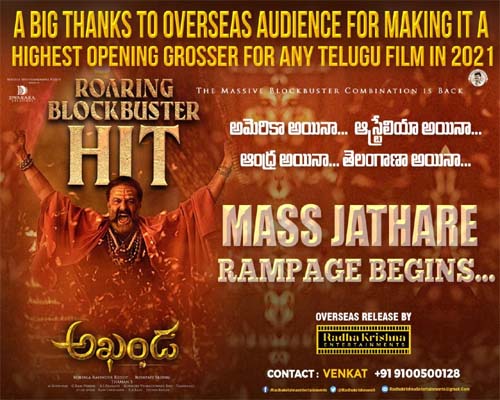 Besides Telugu states, the Boyapati Sreenu directorial is also doing impressive business overseas. Setting the box office on fire, Akhanda has earned $332K through premiere shows and minted $130K on day one.

By grossing a grand sum of $462K, the hat-trick film of Balakrishna and Boyapati becomes the highest day one grosser for a Telugu film in 2021.