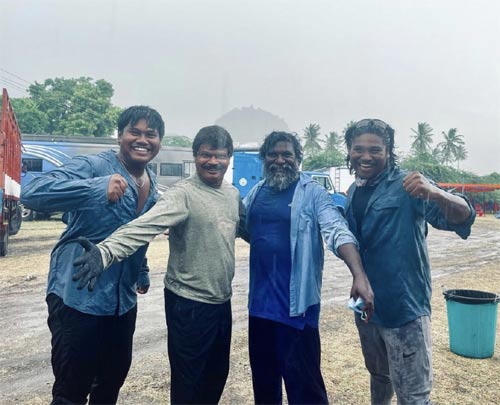 Hero Balakrishna’s hat-trick film with director Boyapati Srinu, Akhanda, has wrapped up its entire shooting formalities. The film’s stunt co-ordinator ‘Stun’ Silva took to Twitter this evening and gave this thrilling update to all the Nandamuri fans.

Stun Siva further said that the film’s interval, pre-climax and climax along with other action sequences were shot for over 80 days. Now that the production work is complete, Akhanda’s team is soon expected to make the big announcement regarding the release date. The film is tentatively scheduled to open in cinemas during the Dasara festive season.

Akhanda will have Balayya playing dual roles. The film also has Jagapathi Babu, Srikanth, Pragya Jaiswal and Poorna in key roles. Miriyala Ravinder Reddy is bankrolling this project and Thaman is composing the soundtrack.

#akanda is wrapped…💯🔥 the whole unit was a family…the interval, pre climax and climax along with other action sequences which we shot were 80+ days… #Balakrishna @BoyapatiSrinu #akhanda pic.twitter.com/3y2EeSBgNm