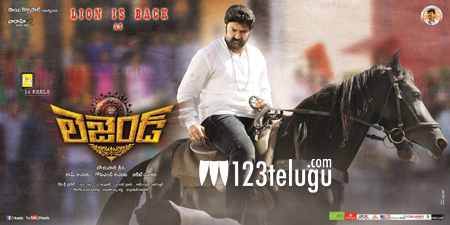 As expected, loyal fans of Balakrishna are super excited with the success of Legend. This film was one of the keenly awaited films in recent times, and Nandamuri fans were expecting their hero to create magic at the box office.

Things happened exactly as expected, and once the movie was declared a hit, fans broke out in numbers and celebrated the film’s success. Prior to the films release, fans were having huge expectations as this film brought back the super hit combo of Boyapati Sreenu and Balakrishna once again.

But Boyapati Sreenu did not disappoint Balayya’s fans in any way, as they got to see their idol in two avatars. Balayya’s trademark dialogues, fight and dances were in abundance and made the fans go crazy. A true commercial mass entertainer, Legend has opened to packed houses and is going strong at the theaters.