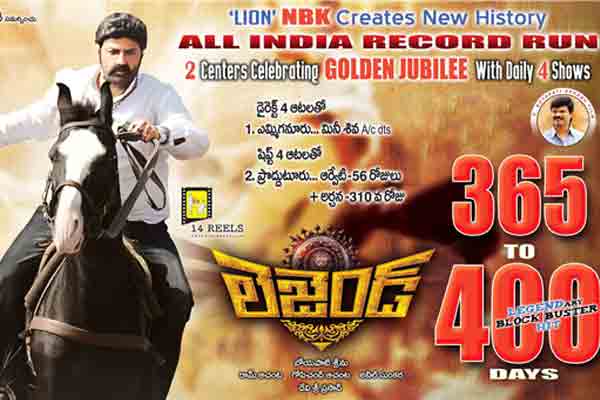 Nandamuri Balakrishna’s 2014 blockbuster action entertainer, Legend, has created a unique record. With a 456 day run, Legend is now the longest running Indian film in the digital projection era. Released on 28th March, 2014, Legend has been playing non-stop with 4 shows in Archana Theater in Proddutur, Kadapa, after a single shift.

This record once again proves that Balayya is indeed a star with an unbeatable mass image even at this age.