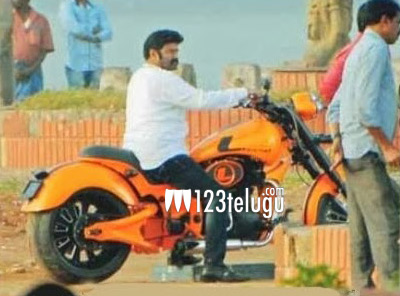 The regular shooting of Nandamuri Balakrishna’s ‘Legend’ is progressing briskly in Vishakhapatnam. Yesterday, the film was shot in the Marripalem area. Powerful action sequences from the film have already been canned in the port city.

Boyapati Sreenu is the director of this big budget film. The film is being produced jointly by 14 Reels Entertainment and Varahi Chalana Chitram. The makers are taking this project quite prestigiously and every effort is being made to make the film a big hit.

Radhika Apte and Sonal Chauhan will be seen as the heroines in this movie. Devi Sri Prasad is composing the music for ‘Legend’.