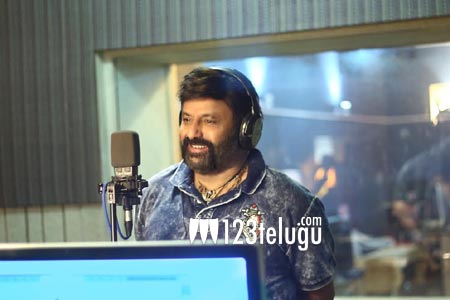 Over these years, several Tollywood stars turned guest singers in their movies and crooned special songs, some of them​ about cigarette smoking and alcohol. Senior hero Nandamuri Balakrishna too has joined the list now.

We have already reported that Balayya has turned singer for the first time in his career and sang a rocking number in his upcoming film being directed by Puri Jagannadh. The latest update is that this song is a mandu paata titled ‘Maava Ek Peg Laavo’.

This peppy song has been penned by Puri’s long-time lyricist Bhaskarabhatla and composed by Anup Rubens. The film’s team is quite confident that the song will turn out to be a major highlight in the film.