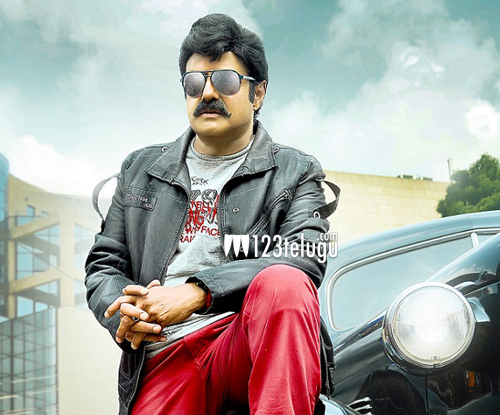 We have already reported that Nandamuri Balakrishna will be working for his 99th film under the direction of Sriwass. The film will be produced by popular Hindi film production and distribution house Eros International. As per the latest buzz, the film has been tentatively titled ‘Dictator’. Popular writers Kona Venkat and Gopi Mohan have reportedly worked on a script that suits Balayya’s powerful image.

Incidentally, the titles of Balakrishna’s recent films like ‘Simha’, ‘Legend’ and even the latest ‘Lion’ reflect the star’s powerful image among his fans. If ‘Dictator’ is indeed considered as the title for Balayya’s 99th film fans will cherish the title.

Nayanathara will be pairing up with Balakrishna in this film and shooting will commence soon. Keep watching this space for more updates on the film.