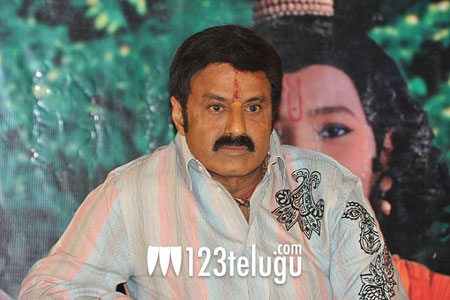 Nandamuri Balakrishna has never been afraid to experiment, be it with his looks or with his movies. His upcoming flick ‘Adhinayakudu’ is said to contain a radically new characterization that has not been seen before in Balayya’s career. Already, the posters with the bearded look are creating a lot of buzz.

The movie is a powerful political drama and Balakrishna will also be seen in the getup of an old man in the movie. Paruchuri Murali has directed this movie and M.L.Kumar Chowdhary is the producer. Saloni and Lakshmi Rai are the lead actresses in the film. Kalyani Malik is scoring the music.

Adhinayakudu was earlier slated for a Sankranthi release but sources say that the movie has now been pushed to February.