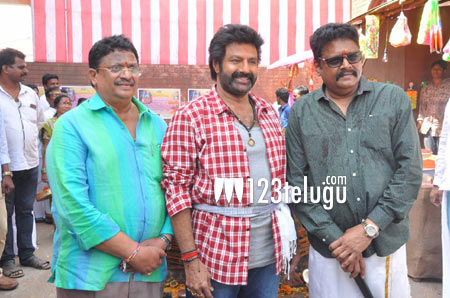 Nandamuri Balakrishna was in his element while speaking at the theatrical trailer launch of senior hero Rajasekhar’s PSV Garuda Vega 126.18M last night. During his speech, Balayya said that the film industry will flourish only when the producers make money. Balayya then gave a sweet warning to the producer of his ongoing 102nd film, C Kalyan.

Balayya said that he had wrapped up Gautamiputra Satakarni in just 79 days and Paisa Vasool in 78 days, for the sake of his producers’ wellbeing. Balayya, who’s popular for his jovial nature during public events, went on to say in a lighter vein that he is warning the producer of his ongoing film to wrap up the film’s shooting in 77 days. However, Balayya also said that finishing a movie in a short time doesn’t mean wrapping it up in a haphazard manner.