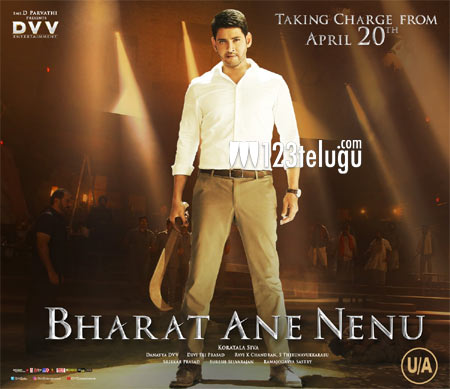 The decks are finally cleared for the biggest release of this summer as Bharath Ane Nenu has wrapped up its censor formalities with a U/A certificate. The talk coming from the censors is quite good as Mahesh is set to give his fans a reason to smile.

The film is having close to 2000 premiere shows in the just the US alone which is huge. Koratala Shiva directs this film which has Kiara Advani as the female lead.

Back home too, the film will release in a huge number of screens which is the biggest ever for Mahesh Babu.