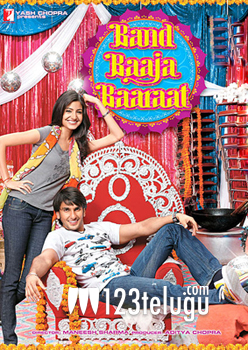 Superhit Hindi film Band Baaja Baarat might soon be remade in Telugu, if the latest buzz in Bollywood is to be believed. Yash Raj Films, which produced the Hindi version, is reportedly planning to remake the film in Telugu, Tamil and Kannada. Recently, Aditya Chopra had floated a new company named YRF Deccan to explore the market in South. Band Baaja Baarat will be the first production of this new venture. Apparently, new actors will be cast in the film and the selection process has already begun. Although, there has been no confirmation about who might direct the project in the three languages, it’s interesting to note that leading Bollywood production houses like Yash Raj Films, UTV and Reliance Entertainment are betting big on Telugu and Tamil film market. We’ll have to wait and see how well their plans materialize in regional markets.