Bandla Ganesh’s Degala Babji locks its release date
Published on May 4, 2022 9:19 am IST 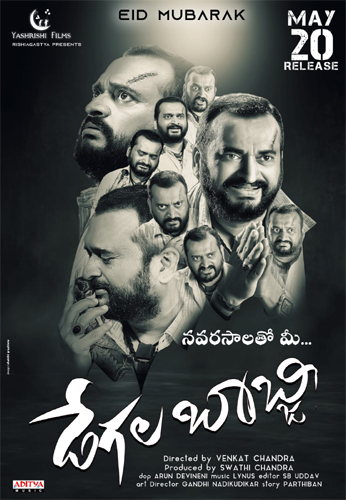 The official Telugu remake of the Tamil hit film Oththa Seruppu Size 7 is all set to hit screens on May 20, 2022. It means that the film will clash with Rajasekhar’s Shekar and Naga Shaurya’s Krishna Vrinda Vihari at the box office.

Produced by Swathi S under the Yashrishi Films banner, the movie has Lynus’ music. Keep watching this space for more interesting movie updates.