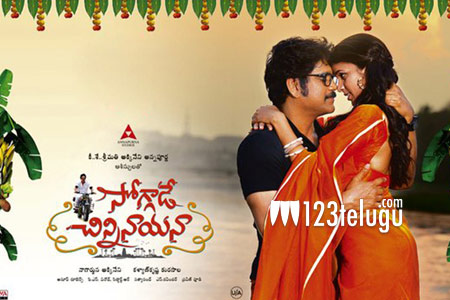 Nagajuna hit the bulls eye with his latest hit Soggade Chinni Nayana. His role as Bnagaraju was praised big time and the character caught the eye of everyone. Latest update is that the sequel has been confirmed and will be titled as Bangaraju.

Nagarjuna has already registered the title ‘Bangaraju’ with the Film Chamber and Kalyan Krishna who made Soggade will helm the sequel as well. Meanwhile, Soggade has crossed the 50 crore mark and is still going strong in certain areas.