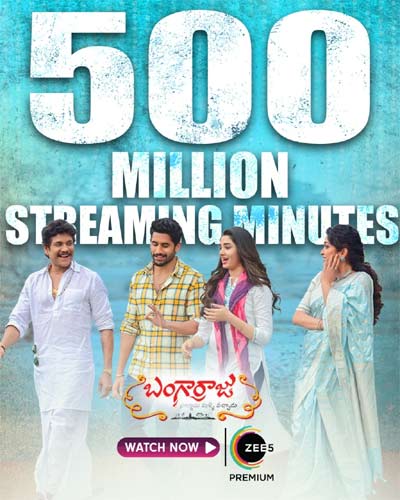 Starting February 18, ‘Bangarraju’ premiered on ZEE5 in a big way and the film has been a phenomenal success on OTT.

The latest update is that in just 7 days, it has clocked 500 million streaming minutes. Akkineni Nagarjuna, Yuva Samrat Naga Chaitanya, and Krithi Shetty have expressed their happiness over the awesome OTT success.

Annapurna Studios and Zee Studios produced it jointly. Nagarjuna is its producer and Kalyan Krishna Kurasala directed it as a fantasy-comedy. Released for this Sankranthi in theatres, it became a theatrical blockbuster all over.