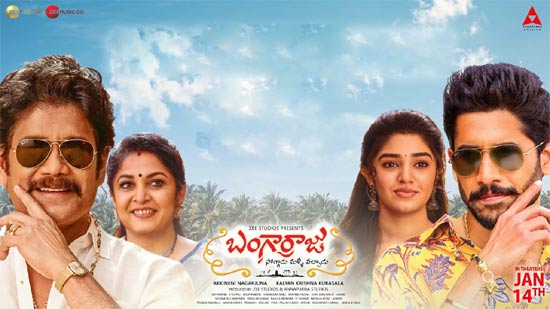 Recently released Telugu biggie, Bangarraju, has been doing well at the ticket windows in Telugu states. Directed by Kalyan Krishna Kurasala, the film has been minting strong revenues due to the glowing word of mouth and encouraging reviews from all corners.

The movie which opened with a bang has continued its rage even on Monday and has emerged as the Sankranthi winner as there is no other big movie in competition at the box office.

The family entertainer will also hold strong in the coming days as no noted film will be released in the next two weeks.

Besides, the makers, who are very happy with the movie’s success, have decided to hold a grand success meet at Margani Estates Ground in V.L.Puram, Rajahmundry this evening.