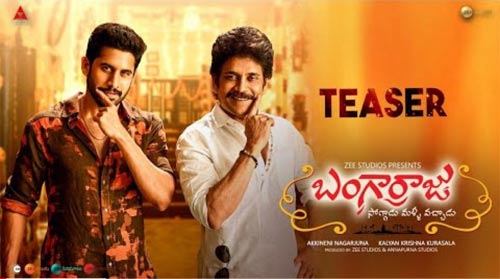 The teaser of Nagarjuna’s Bangaraju was out today and it showcased both Chay and his dad in fun avatars.

The manner in which the story is also carried forward in the sequel looks interesting as well. Things are clear that the film will a done with action, romance, and comedy.

But the makers still did not reveal the release date and kept us in confusion. The makers only said that the film is going to come out this Sankranthi.

As RRR will mostly be confirmed, chances are even better for Nagarjuna’s Bangarraju. But why are they not announcing the date that needs to be seen?