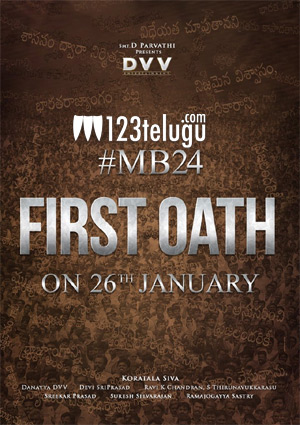 Last week, there was widespread news that the first look of Barath Ane Nenu would be revealed on the 15th of January as Sankranthi special all over.

Since morning, fans have been eagerly looking forward to the first look and the latest we hear is that the first Oath of the film will be out on the 26th of this month.

Bharath Ane Nenu is one prestigious film as Mahesh will be seen as a politician for the very first time in his career. Koratala Shiva directs this film which has Kiara Advani as the female lead.