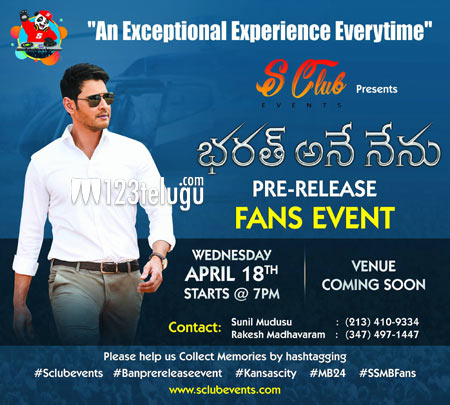 Now that there are only four days to go for the release of Bharath Ane Nenu, the promotions of the film are in full swing. The craze for the film is huge in the overseas area and now the latest we hear is that a special pre-release event is being planned for the film.

Going into details, a grand pre-release event is being organized by S-Club in the Kansas City of US and fans will be turning in decent numbers to promote the film. It is yet unknown whether there will be any actor from the team who will attend this event.

Slated to release on the 20th of this month, this film has Kiara Advani as the female lead. DSP scores music.