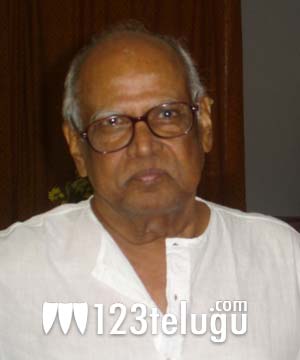 Veteran director Bapu is all praises for Thanikella Bharani’s latest film Midhunam. The film starring SP Balasubramaniam and Lakshmi was released few days ago and it’s got rave reviews from all quarters. Soon after watching the film, Bapu couldn’t control his emotions and wrote a hand written note to Thanikella Bharani for making a beautiful
film based on a book written by Sri Ramana.

The hand written note by Bapu is making rounds on the internet for the past few days and after reading the letter, Thanikella Bharani was completely floored. “I consider Bapu garu’s appreciation on par with the highest award I can ever receive for a film like Midhunam,” Thanikella Bharani said. Midhunam is about an elderly couple who live in a world of their own and the little moments of joy and sorrow they share in the last stage of their lives. Swara Veenapani had composed the music and Rajendra Prasad was the cinematographer. The film will shortly release in US.