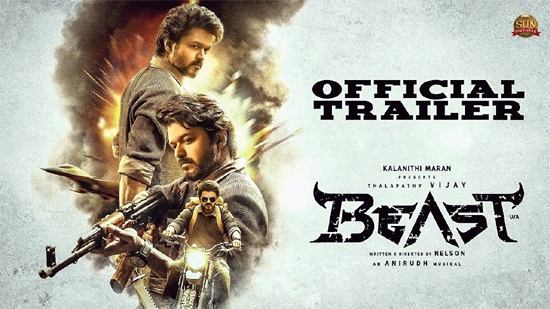 Beast is a film that everyone is eagerly waiting for. The film has Vijay in a lead role and Pooja Hegde is the heroine.

The film’s trailer was finally released today and in no time, it has been loved by one and all and is making solid views.

Vijay is seen in a spectacular manner in this promo and his screen presence and Anirudh’s BGM are to die for. Pooja hegde is also shown in a good manner.

The film is a hostage drama and has Vijay as the man who is rescuing the people stuck in a mall. The thrills and action stunts are quite new to Tamil cinema in a way.

Directed by Nelson Dilip Kumar, Beast is up for a release on the 13th of April in a big way. For now, the trailer has lived up to all the hype.