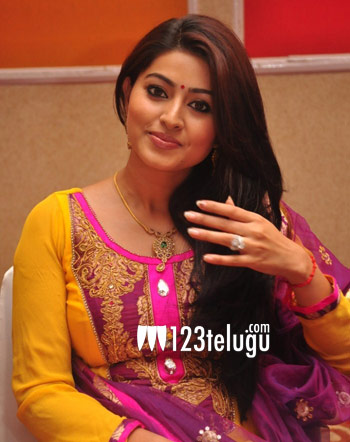 Gorgeous Tamil heroine Sneha is as popular in Tollywood as she is in the Tamil film industry. The actress was last seen in Allu Arjun-Trivikram’s 2014 blockbuster, S/O Satyamurthy, in which she played Upendra’s wife.

Sneha was one of the invitees at the IIFA Utsavam that kick-started in Hyderabad yesterday. Speaking on the sidelines of this event, Sneha revealed that her son is only one and a half years old and that she will get busier in Tollywood once her son grows up a little more.

Meanwhile, Sneha has just signed her comeback Malayalam movie in which she’ll star opposite superstar Mammootty.