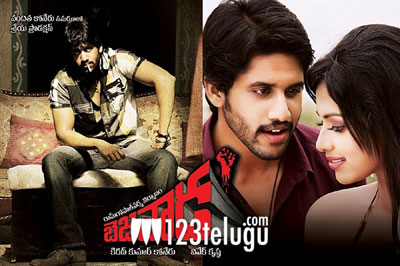 The latest buzz in Filmnagar circles is that the Karnataka distribution rights of Yuva Samrat Naga Chaitanya’s ‘Bejawada’ have been bagged for a whopping price of approximately 85 lakhs. The movie is getting ready to hit the screens on November 24th. Amala Paul is the heroine in this film.

Ram Gopal Varma and Kiran Kumar Koneru are producing this film jointly. Vivek Krishna is the director of this movie. Bejawada is reportedly about the intense caste and political rivalry of the late 80’s and early 90’s in the city of Vijayawada.

The movie has been surrounded by intense controversy ever since it began production. First, it was for the title ‘Bejawada Rowdylu’ which was later changed to ‘Bejawada’. Recently, Ram Gopal Varma has gone on record stating that he has been getting threatening calls about the movie