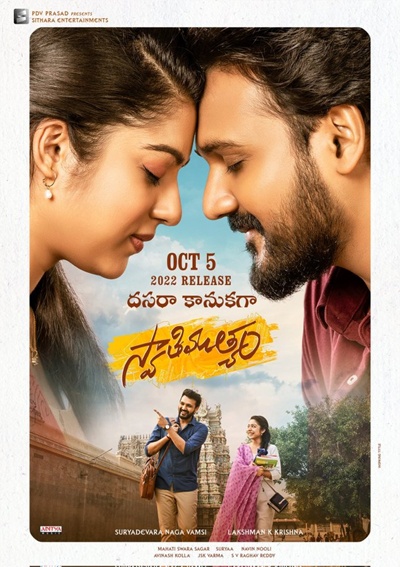 It is a known fact that Bellamkonda Ganesh, younger brother of Bellamkonda Sai Sreenivas and son of producer Bellamkonda Suresh, is making his debut with an upcoming out-and-out family entertainer Swathi Muthyam.

The film is being directed by Lakshman K Krishna and produced by Suryadevara Naga Vamsi under Sithara Entertainments. The film’s first Glimpse was unveiled for Sankranthi and it got a tremendous response.

Today, the film’s new release date has been announced with a lovely picture. Swathi Muthyam will be released in theatres worldwide on October 5th. More details of this film will be out soon.