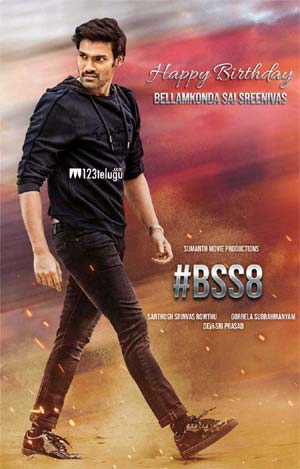 On the eve of young hero Bellamkonda Sai Srinivas’ birthday, the makers of his eighth film released a special poster. Sai looks stylish and handsome in his new avatar. He has developed an eight-pack body for his role.

This as-yet-untitled film has young actress Nabha Natesh as the female lead and Santosh Srinivas of Kandireega and Rabhasa fame is directing the movie. Bollywood actor Sonu Sood will be playing the villain. G Subrahmanyam is producing the film and Devi Sri Prasad is the music composer.