Bellamkonda Sai proved himself with Rakshasudu: VV Vinayak
Published on Aug 9, 2019 1:07 am IST 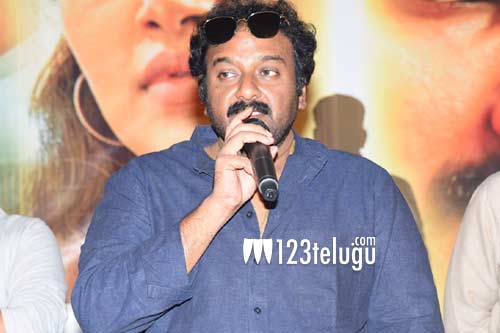 Young hero Bellamkonda Sai Srinivas has been appreciated for his performance and script selection for his recent release, Rakshasudu. Now, VV Vinayak, Sai’s debut film Alludu Seenu’s director, is all praise for the youngster.

After watching Rakshasudu, VV Vinayak interacted with the media today and heaped praises on his hero. The director said that with Rakshasudu, Sai has proved that he can perform any kind of roles. Vinayak said that he is more happier than Sai on Rakshasudu’s success, and congratulated the film’s director Ramesh Varma and producer Satyanarayana Koneru for adapting the Tamil version Ratchasan so well.

When asked if he is planning any film with Sai in near future, VV Vinayak said that he will make a lavish film featuring Sai and that he is looking for the perfect script.