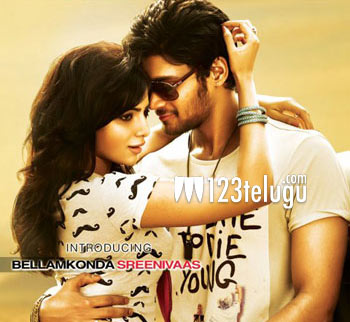 Bellamkonda Sai, son of producer Bellamkonda Suresh, is going to make his debut as a hero very soon. The movie is being directed by V.V. Vinayak and Samantha is the heroine in the film. Shooting has started today and a song sequence is being shot in Annapurna Studios, where a lavish set has been erected for this purpose.

The film is expected to be a romantic entertainer, with action and good dances. Vinayak is taking a lot of care for this movie and special efforts are being made to launch Bellamkonda Sai in the right way.

It is quite an interesting move to rope in a top star like Samantha for the debut film of a hero. Let us see how this pans out.