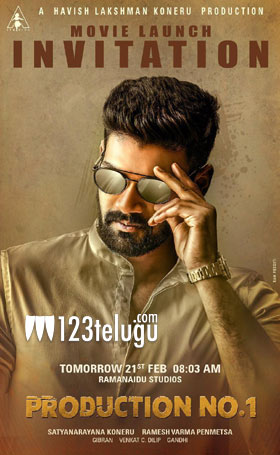 We had already reported that young hero Bellamkonda Sai will next be acting in a film to be directed by Ramesh Varma of Ride and Veera fame. Touted as an official remake of the acclaimed Tamil thriller, Ratsasan, the film is a nail-biting thriller based on a serial killer.

As per the latest update, this as-yet-untitled film will be having its inaugural ceremony tomorrow (Feb 21) at Ramanaidu Studios at 8:03 am. Although there have been several speculations about the film’s leading lady, an official announcement is expected to be out tomorrow.

Young hero Havish Lakshman Koneru will be producing the movie unde A Studios banner. Popular Tamil composer Ghibran will be scoring the soundtrack for the movie.