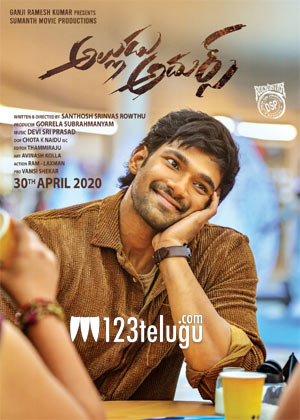 Alludu Adhurs is slated to hit screens on April 30. Young beauties Anu Emmanuel and Nabha Natesh are the leading ladies in the movie. This film has its music composed by Devi Sri Prasad. G Subrahmanyam is bankrolling this high budget entertainer. Stay tuned for further updates.