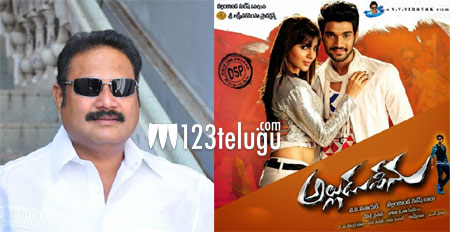 Bellamkonda Suresh is leaving nothing to chance for the first film of his son Sreenivas. He already roped in Tamanna and Samantha for the movie and got a top director like V.V.Vinayak to take care of direction. He brought Devi Sri Prasad for music and erected lavish sets.

Now, he is spending crores on another crucial part of the movie and that is publicity. Bellamkonda has given full instructions to his PR team to liberally splurge money on media and advertisements. A lot of hoardings are already being seen in the city.

TV ads are also being seen in abundance. Will Bellamkonda’s efforts and lavish spending pay off? We will know the answer this July.