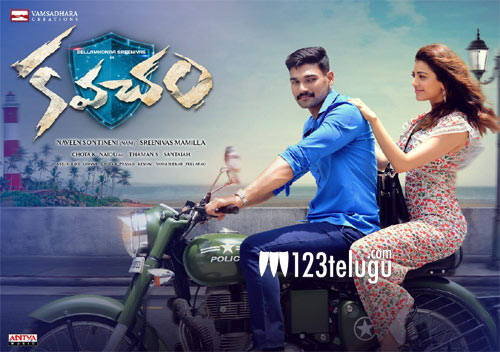 Ever since the makers of Kavacham decided to release the film on December 7, the cast and crew have been racing against time to finish the film as soon as possible. Directed by Sreenivas Mamilla, the action drama has been produced by Naveen Sontineni.

Last week, the crew was in Dubai to shoot a song on the film’s lead pair – Bellamkonda Sai Sreenivas and Kajal Aggarwal. And as soon as they came back to Hyderabad, Bellamkonda Sreenivas began dubbing for his part and wrapped up the entire process in just 10 hours, much to the surprise of the team. The actor will be seen as a powerful cop, and the action sequences are said to be a major highlight.

Mehreen also plays a lead role in the film, and Thaman has scored the music. The film’s audio will be launched later today in Bhimavaram.