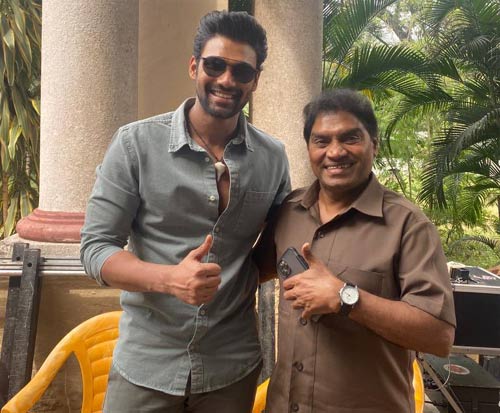 It is a known fact that Bellamkonda Sreenivas is doing a Hindi film that is the remake of the Telugu hit Chatrapati and V V Vinayak is directing it.

The shooting is on in full swing and an excited Sreenivas posted a few snaps from the sets. Seen in the picture is Sreenivas sharing a lighter moment with Hindi comedian Johny Lever.

The noted actor is playing a key role in this film. “Honoured to have gotten an opportunity to share screen space with the legendary actor Johny Lever sir. The energy he brings to the set is really infectious.” posted Sreenivas.