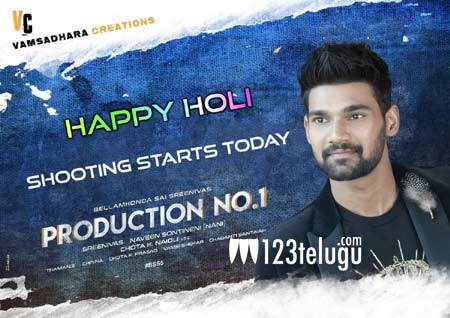 A few days ago, young hero Bellamkonda Srinivas’s new film under debutant Srinivas’s direction had an official opening ceremony. The film will be bankrolled by Naveen Sontineni under his Vamsadhara Creations banner.

Now, the latest update is that the film’s regular shooting kick-started from today in Hyderabad. Touted to be a youthful action entertainer, this film will have its music composed by SS Thaman.

The female lead is yet to be finalized for this untitled flick. Meanwhile, Bellamkonda Srinivas’ ongoing project, Saakshyam under Sriwass’ direction is gearing up for a May 11th release.