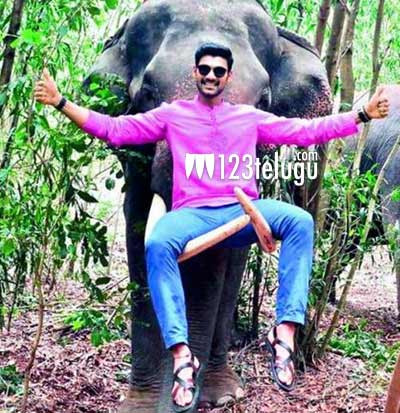 Bellamkonda junior, Sreenivas got a toast of social media today when he posted a picture of himself sitting on the tusks of an elephant in Thailand where he is shooting for his new film.

As soon as he put up the post, the Twitterati pounced on him and started abusing as to how can he be so cruel to animals. Some even tagged the animal organization PETA to look into the matter.

Left with no choice, Bellamkonda Sreenivas deleted his post right away. But by then, the picture had already gone viral.