Bengal Tiger producer clears rumors about its release
Published on Nov 10, 2015 8:20 am IST 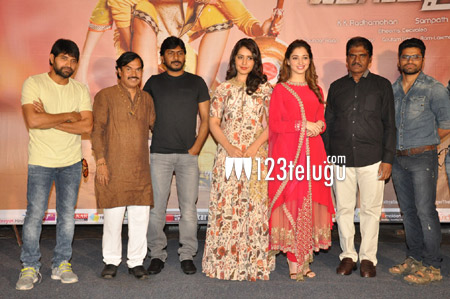 It is well known that Ravi Teja’s upcoming film Bengal Tiger is getting ready to hit the screens soon. From the past few days there were several reports that the film has been postponed to a further date.

Clearing all these rumours, the film’s producer K K Radha Mohan said that the film will surely release this month end and they are looking to lock either 26th or 27th of November as the release date. The posters, trailers and audio have caught on big time with the audience.

Bheems Cecireleo is the music director for the film. Directed by Sampath Nandi, this film has Rashi Khanna and Tamannaah as the female leads. Harshvardhan Rane and Bommani Irani are also playing crucial roles in the film.