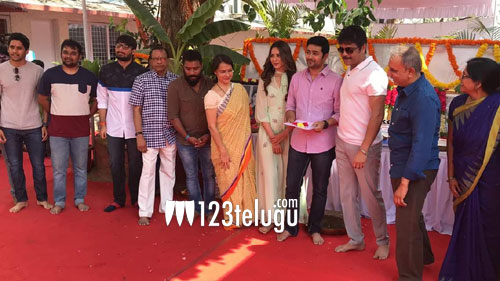 The shooting of Manmadhudu 2 is currently underway in Lisbon, Portugal. Actor-director Rahul Ravindran is canning several important scenes featuring Nagarjuna and Rakul Preet. And, the latest reports reveal that Bengaluru actress Akshara Gowda has been signed on for a bold and glamorous role in Manmadhudu 2.

In the film, Akshara will reportedly be seen as a girl who is in love with Nagarjuna. There will be an interesting love triangle as even Rakul loves Nag in the film. Apparently, the makers had auditioned nearly 30 actresses before zeroing in on Akshara. The young beauty will begin shooting for her part in early May.