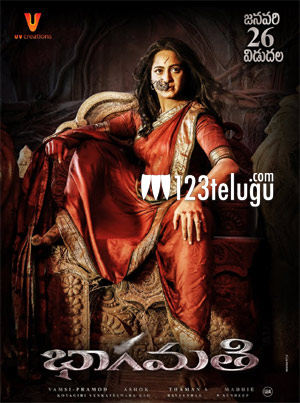 Bhaagmathie is one film which is being promoted quite heavily these days. The film has star heroine Anushka playing the main lead and because of this, there are huge expectations on the mystery thriller.

The film is carrying a good buzz overseas too and the latest we hear is that the film is releasing in close to 125 locations which are huge for a female oriented film.

Ashok is directing this film which is being produced by UV Creations. Thaman scores the music.