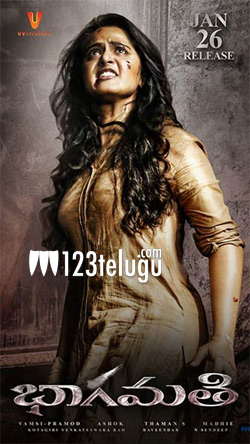 The promotions of Bhaagmathie are in full swing as the film is nearing its release date. The latest we hear is that the pre-release event of the film will happen on the 21st of this month in Hyderabad.

Anushka and the entire team will attend this event and there is a news that Prabhas also might attend the function as the film is being produced by his home banner U V Creations.

Bhaagmathie is directed by Ashok and is up for a release on the 26th of January.