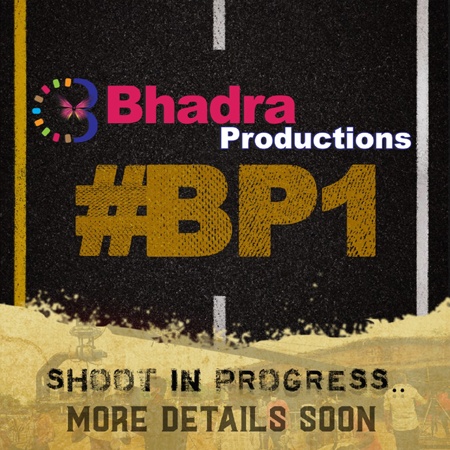 A new production house in Tollywood named ‘Bhadra Productions’ is foraying into the Telugu film industry on a big note. With a motive to make content-rich and different genre films on a grand scale, Bhadra Productions has already lined up some interesting projects. Renowned businessmen who have businesses in the twin Telugu states are behind this production house.

Bhadra Productions today announced its maiden production. Touted as a new age thriller, this as-yet-untitled film has been announced through a poster. Director Srinivas Raju is coming up with a winning script, and the film features a huge ensemble cast. The film’s regular shoot is nearing completion. 100% Love fame Venkat Prasad is cranking the camera. The film’s cast and crew details will be out soon.