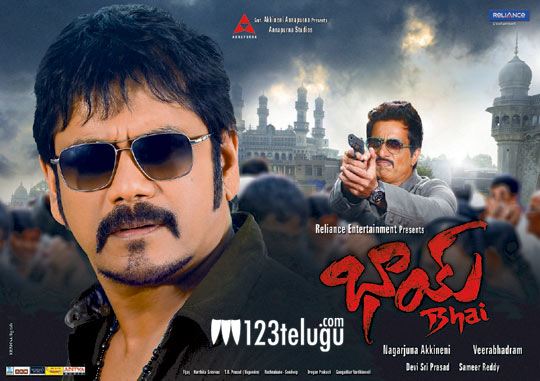 ‘King’ Akkineni Nagarjuna’s ‘Bhai’ has released across the world yesterday. Despite the mixed reception at the Box Office and heavy rains, the movie has pulled in good revenue. According to the producers, the movie has managed to rake in a share of approximately 4 crores 8 lakh rupees in Andhra Pradesh. This is the highest ever first day revenue for a Nagarjuna film.

Director Veerabhadram is quite positive about the movie and he says that the film will be appreciated by B and C centre crowds. “The film will connect well with crowds in mass centres”, he says.

Bhai has been directed by Veerabhadram and Nagarjuna has produced this movie on Annapurna Studios banner, in association with Reliance Entertainments. Devi Sri Prasad is the music director of this movie and Richa Gangopadhyay is the heroine.