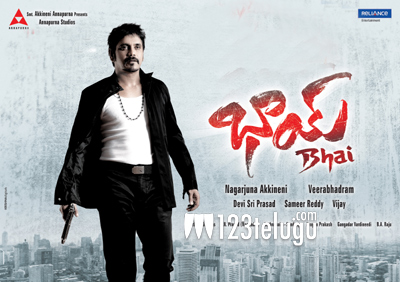 ‘King’ Akkineni Nagarjuna’s ‘Bhai’ is getting ready for a big release tomorrow. The movie is expected to release in approximately 1000 screens. ‘Bhai’ is coming in with a good buzz, backed by a successful Devi Sri Prasad audio.

The movie has been directed by Veerabhadram Chowdhary and Nagarjuna has produced this film on Annapurna Studios banner. Nagarjuna and Richa will be seen as the lead actors in this mass action entertainer. ‘Bhai’ has a big star cast with a number of prominent actors like Brahmanandam, M.S.Narayana, Sonu Sood etc.