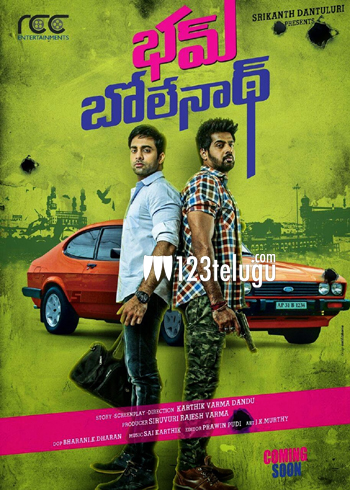 The makers of Karthikeya are ready with yet another project titled Bham Bholenath. This action thriller is directed by debutante Karthik Varma and is set for a grand release on February 20th.

Initially this movie was supposed to hit the screens on Valentine’s day, but has now been pushed ahead by a week. Bham Bholenath stars Naveen Chandra and Navdeep in lead roles. The trailers have caught on quite well and both Navdeep and Naveen Chandra have pinned a lot of hopes on this film.