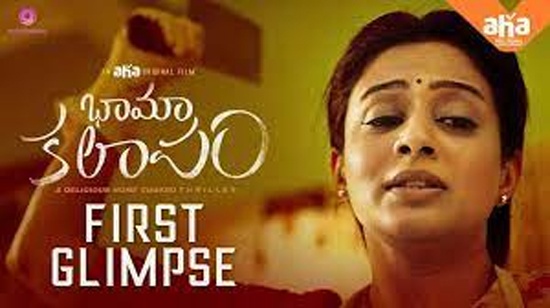 Bhama Kalapam marks the Telugu OTT debut of the national award-winning actress, Priyamani. The recently released first look has gained a good response from the audiences.

Today, the makers have released the first glimpse of the web movie directed by Abhimanyu Tadimeti. The glimpse revealed the life of Anupama, a famous food vlogger who has a YouTube channel with 1 lakh subscribers and 1000 recipes.

Also, in the first glimpse, Anupama revealed that she is going to cook a new item that she has no idea about. The first glimpse, which showcased Priyamani in a fiery role, is packed with a bit of suspense and teased that there is a lot more in the store.

Produced by SVCC Digitals, the fascinating comedy-thriller is presented by Bharat Kamma of Dear Comrade fame. Bhama Kalapam, which has the music of Justin Prabhakaran and Mark K Robin, the web original will be premiered soon on the Telugu OTT platform, Aha.