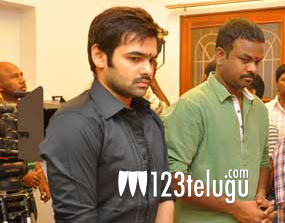 Director Bommarillu Bhaskar is currently busy with the shoot of energetic her Ram’s ‘Ongole Gitta’. The climax scenes of the film are being shot and the movie is gearing up for a December release. The movie has Kriti Kharbandha as the heroine and Ram is pretty excited about the project. Production team members say that the film will be a mass entertainer.

Audio launch of ‘Ongole Gitta’ is expected to take place this month and G.V. Prakash Kumar is the music director. BVSN Prasad is producing the film.

Bhaskar has shot the film at a pretty fast pace when compared to his normal speed.